Coffeeble is reader-supported. When you buy via the links on our site, we may earn an affiliate commission at no cost to you. Learn more. 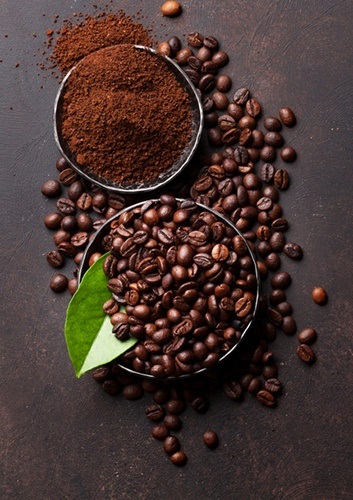 As a coffee lover, you’re part of one of the most passionate communities in the world. Every day, millions of people all over the world wake up to the heavenly aroma of freshly brewed coffee and delight in the taste of the black gold.

While each country expresses their coffee culture in a different way, they all have one thing in common:

Millions of people live for the craft of coffee!

All over the world, coffee shops and cafes are more than just a place to get a warm drink. They are the hub of culture and conversation for locals and visitors alike.

The below infographic produced by Espresso Works (1), shows us how coffee lovers all over the globe enjoy their caffeine favorite.

Coffee Culture Around The World – Infograph

Coffee – The Second Most Traded Commodity

According to the United States Department Of Agriculture (2) the world production of coffee in 2014/15 was 146.3 million bags.

The export of coffee beans worldwide was 104.9 million bags.

Consequently, it is no surprise that coffee is the second most traded product of the world.

It’s no tragedy though to lose against the big guy. Do you know without googling what is number 1?

Most Expensive Coffee In The World

Maybe you have never heard of it before, but it’s true that the most expensive coffee is coffee from poop.

While new stories have emerged, that monkey poop coffee or elephant poop coffee has the new highest price sticker, it’s still the civet cat that earns the award of the most expensive coffee.

Monkey poop and elephant poop coffee are both estimated to be $300 a pound, but the civet cat coffee or Kopi Luwak price is a whopping $600 per pound!

The virtual line around the globe called coffee belt includes those areas that produce the most and the best coffee in the world.

Africa, Brazil, and Colombia produce more than 40 percent of coffee in the world. Hawaii is the only US state that produces coffee commercially.

The Largest Cup Of Coffee

Coffee shops are the fastest growing niche in the restaurant business.

Therefore, it is no surprise that the worldwide coffee statistics shows, that we drink over 500 billion cups of coffee every day.

The average worker in the US spends $20 a week on coffee.

Let’s have a look at first who the biggest coffee markets are (measured in 2013 by Euromonitor):

Coffee consumption, on the other hand, is a completely different story.

Look at these numbers where you can see, that obviously Netherlands and the Scandinavian countries are the biggest coffee addict in the world (source: Euromonitor):

No matter where you’re located in Melbourne, it’s easy to find great coffee.

In particular, Fitzroy is a village known for having cafés with highly skilled baristas.

Coffee is a morning ritual in Italy and the café culture in Rome is always buzzing.

There is no such thing as coffee to go in Rome, with people instead preferring to take a few minutes to slow down to enjoy their brew at a coffee house.

Seattle may be home to the mega coffeehouse chain that is Starbucks, but smaller specialty coffee shops thrive in the city too.

You’ll find a whole variety of coffee shops in the city, both upscale industrial-chic and artsy hipster type cafes.

Vienna’s charming coffee houses are an integral part of the city’s social experience.

In fact, Vienna had its coffee shops listed as intangible heritage by UNESCO in 2011.

Tapei has a nice variety of unique coffee shops. There’s a particularly strong café culture near the National Taiwan Univeristy in Da’an.

One of the area’s more popular spots is The Puzzle Café, where friends can catch up over a coffee and a 500-piece puzzle.

The coffee culture in Cuba is centered around cafe cubana, the full-bodied espresso served with sugar that accompanies nearly every meal.

Havana’s Old Town is full of lively cafes and they are the best place to go if you want to get an idea of real Cuban coffee as well as traditional city living.

8 Ways To Drink Coffee Around The World

An East-meets-West mix of coffee and tea (and milk).

This coffee drink may be served with salt or butter instead of milk and sugar (and a side of popped sorghum kernels).

A foam-topped iced coffee drink, which is usually made with Nescafé instant coffee, cold water, sugar and evaporated (or regular) milk – and always served with a straw.

An Italian-style espresso shot with a sweet brown foam on top called espumita.The foam is a result of the added raw demerara sugar.

This drink is a simple espresso ‘cut’ with a small splash of milk.

A sweet combination of equal parts espresso and condensed milk. This drink originated in Valencia and has since become popular throughout the country.

This brew can incorporate a number of flavors including ginger, cardamom, nutmeg, cinnamon, sesame, cumin and cloves.

Husband, father and former journalist, I’ve combined my love of writing with my love of coffee to create this site. I love high end products, but write all my content with budget conscious coffee enthusiasts in mind. I prefer light roasts, and my normal brew is some sort of pour over, although my guilty pleasure is the occasional flat white.

This site uses Akismet to reduce spam. Learn how your comment data is processed.